I had a great experience with my Personal Care Assistant which Ambassadors Caregivers provided to me. My Grandfather is more than 80 yrs now and it's quite difficult for us ..
Review for Roof Cleaning by roof cleaning
Rating:

I had the pleasure of being their first customer on opening day in 1986. Working on a project at the school across the street with three other gentlemen from ..
Pros: Over the 34 years, we have developed a great friendship with the family!!
Cons: This new location has a small parking lot, but you learn how to work it to your advantage when you become a regular customer

Great facility. They have a great selection to choose from.
Pros: Clean, and comfortable
Cons: Not open 24 hours.

Delfino delivered an excellent experience. I enjoyed him not being another fast talker. He genuinely thinks prior to responding. I had a big job, and called multiple providers from Sugar ..
Pros: Not pushy, friendly, timely, clean
Cons: Honestly, I can't think of any. It continues to be a great experience.

Hard Rock is always good, and always pretty consistant! When I travel to different cities, I almost always stop by HR Houston is great! 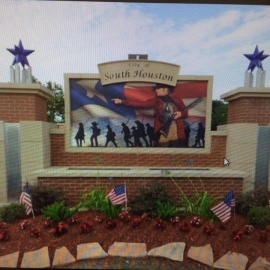 Hotels & Things to Do in South Houston

Formerly known as the city of Dumont, South Houston incorporated as a city in 1913. About 16,000 people call South Houston home. It began as a farm town, shipping produce on local rail lines, but that industry was all but destroyed by the hurricane of 1915. The development of the Houston Ship Channel helped create manufacturing industries in the South Houston area.

Located to the southwest, William P. Hobby Airport serves the area. Southwest Airlines uses the airport as a hub, and flights are also available from AirTran, American Airlines, Delta, and jetBlue.

A nearby 12,000 acre historic site commemorates the Battle of San Jacinto, fought at the end of the Texas Revolution. Texas forces, led by General Sam Houston, defeated Santa Anna's Mexican forces and achieved Texas' independence. Every year in April, a San Jacinto Day festival is held at the site, including a re-enactment of the 18-minute battle.

If you love shopping in Houston, there are several thrift shops just for you! Not only can you get gifts, electronics, and furniture, but also some new cl

Ring in 2020 with a family-friendly New Year's Eve in Houston this year. Bring the whole family any of these events for a fun way to celebrate the start of a new year!&nbs

The year is coming to an end and what better way to celebrate the beginning of 2020 than watching fireworks light up the sky! Check out some of the top spots to watch fireworks on

Houston has some of the best views in Texas, you just have to know where to look. From upscale lounges to outdoor patios, these rooftop bars in Houston will give you a chance to see the skyline while...

13 Must Try BBQ Restaurants in Houston | Best BBQ in Houston

When it comes to getting a taste of some great Mexican food in Houston, you've got no shortage of options in this g